As you may already know, VPN stands for Virtual Private Network, namely it is a private network, with many components being virtualized. From a user’s perspective, all we need is a virtual network interface (e.g. /dev/tun0) on my device and configure my routing table to route all or part of traffic going through that interface, but what happens then? This post provides a demo revealing some implementation details after the virtual network interface - tunneling, the code is here.

In a nutshell, the process for client side tunneling is:

The following Linux commands route all traffic to the virtual interface, but with exception of packets with destination to VPN server, since tunneling data needs to go straight to VPN server through normal network interfaces. So the above illustration is inaccurate, it should be like this: 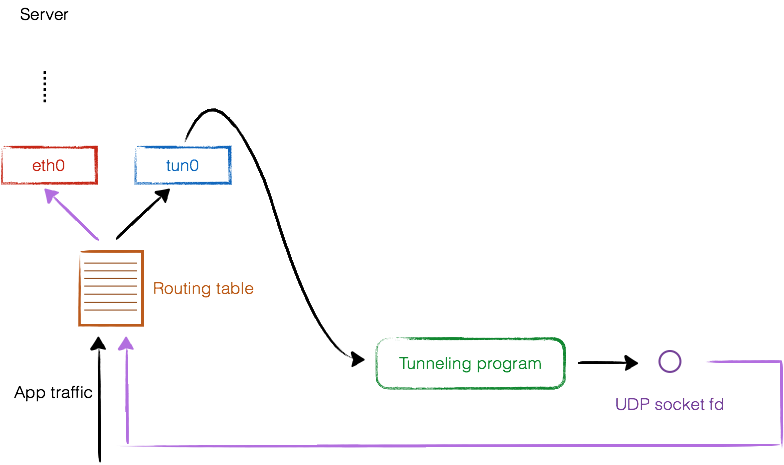 The following code snippet is the core packet switch algorithm. It reads packets from tun device, encrypt, send UDP socket; And read from UDP socket, decrypt, write to tun device. I used select multiplexing to monitor on these 2 fds.

As a simple Point-to-Point VPN tunnel, server side code is almost identical to the client side since the core packet switch logic is the same. The complete code for both server side and client side is here. And iOS demo written in Swift 3 is here.

This article is a recap of a presentation I gave to my teammates, a brief introduction to Spring framework and related concepts, and 3 common Spring projects (Spring MVC, Spring Data JAP, and Spring Boot). ### Spring and Java EE ![Spring and Jav...